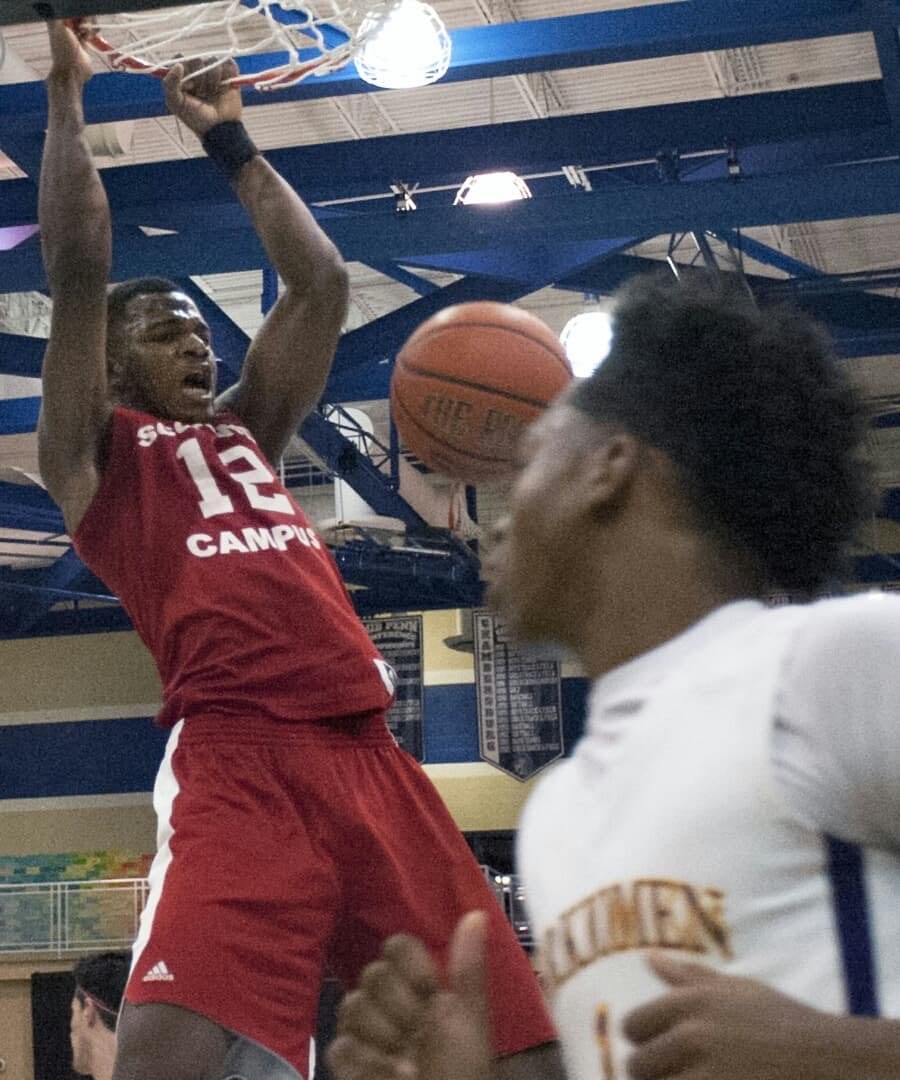 It took longer than expected, but Karim Coulibaly officially is a Pitt Panther after signing with the university. He becomes the 4th member of Jeff Capel’s 2019 recruiting class (Justin Champagnie, Gerald Drumgoole and Ryan Murphy).

Coulibaly will add some much needed size (6’8”, 220) and versatility to Pitt’s front-court. The 3-star forward has a polished inside game, the ability to hit some shots from the outside and can put the ball on the floor when needed.

This past season at Scotland Performance Institute, Coulibaly was named the Mid Atlantic Player of the Year after averaging 15.6 points, 62.4 FG % and 11.4 rebounds per game. In his two years at Scotland, he became the program’s leading scorer, rebounder, points in single-game (42) and rebounds in single-game (22).

“Karim is a crafty post player with the ability to knock down shots from the perimeter and guard multiple positions on the floor. He plays with great energy and is a very good rebounder. Karim is going to be a terrific addition to our program on and off the court,” said Capel.

Coulibaly will represent Mali at the upcoming FIBA Under 19 World Cup in Greece (June 29-July 7).

Pitt Basketball Heavily in the Mix for Josaphat Bilau

Good news! Was getting a little nervous!

What was the actual holdup

His handler was insisting Euro’s instead of Dollars 🙂

If he hustles at all, he’s gotta be better than Chukwooka.