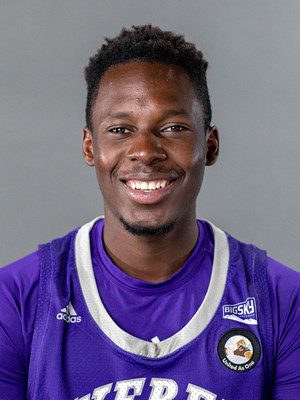 It appears as though Jeff Capel wants to add another skilled perimeter shooter to his 2022 roster.

A day after landing a commitment from former Marquette guard Greg Elliott, the Pitt Panthers are pursuing another skilled guard with the ability to shoot from the outside.

The 6’3″ guard entered the transfer portal on May 8 but should be eligible to play next season because he entered as a graduate transfer. He has two years of eligibility remaining.

In two seasons with Weber State, Sisoho-Jawara started all 56 games and averaged 12.3 points, 3.1 assists and is a career 41.8% 3-point shooter. Last season, he was named an All-Big Sky selection and was a third-team choice as a freshman.

One of my favorite deep cuts is Seikou Sisoho Jawara (Soph., Weber State) from Spain. The lefty 6-3 guard continually flashes intriguing handles, creation, and is a confident shooter. Should be a guy worth checking in on every once in a while.

His recent tape is worth a look: pic.twitter.com/hmJg6487m3

An interesting part of Pitt’s recruitment of Sisoho-Jawara is that he’s a native of Mataro, Spain. Recently, the Panthers landed commitments from Jorge and Guillermo Diaz-Graham, also from Spain.

Pitt currently has two open scholarships for 2022. The thinking was that they would try and use those remaining spots to add a wing and a center but adding a player with the talent of Sisoho-Jawara might have changed that.

The junior guard got buckets efficiently, in all sorts of ways (off the dribble + spot-up 3s, step-back Js, posting up…) leading all scorers in a big road win by Weber State at SUU

There gonna need all the transfers they can get. GO PANTHERS