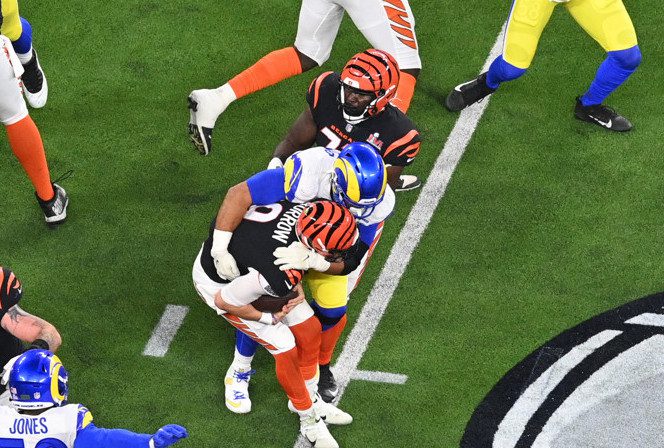 Pitt legend Aaron Donald has been named to his ninth NFL Pro Bowl, being named as a starter at defensive tackle alongside Washington’s Johnathan Allen. The NFL released the full rosters of both Pro Bowl teams on Wednesday night.

Donald is having a down season to his standards. He’s currently on pace for about 7.5 sacks, which would be the lowest of his career, and his 10 tackles for loss sits tied for 23rd in the NFL.

Regardless, a down season by Donald’s standards is still an impressive season, hence the Pro Bowl nod. Donald remains as arguably the greatest defensive player in NFL history.

He’s one of just three players to win three NFL Defensive Player of the Year awards with the other two being Hall of Famer Lawrence Taylor and current Arizona Cardinal JJ Watt.

The Pro Bowl nod for Donald will be his ninth such nod in nine seasons. He’s been named to All-Pro First Team seven out of his eight full years and holds the record for most sacks in a single season by a defensive tackle when he had 20.5 sacks in 2018.

Donald played at Pitt from 2010-13 gathering 66 tackles for loss and 29.5 sacks in his collegiate career. He had an outstanding senior season with 28.5 tackles for loss – an average of more than two per game – and 11 sacks.

He was drafted by the St. Louis Rams with the No. 13 overall pick in the 2014 NFL Draft and has spent his entire career with the Rams organization. He won his first Super Bowl last season with the Rams when they beat the Bengals 23-20.

At the end of that game, he forced an incompletion on the Bengals final offensive play of the game, a fourth-and-one play that likely would’ve extended the game and possibly set up a game-tying field goal.

Too small to play FBS and the pros! Oops.

Exactly why the recruiting system is so over rated. Antonio Bryant, a Walt Harris recruit, was 2 stars and was a solid pro for 10 years.