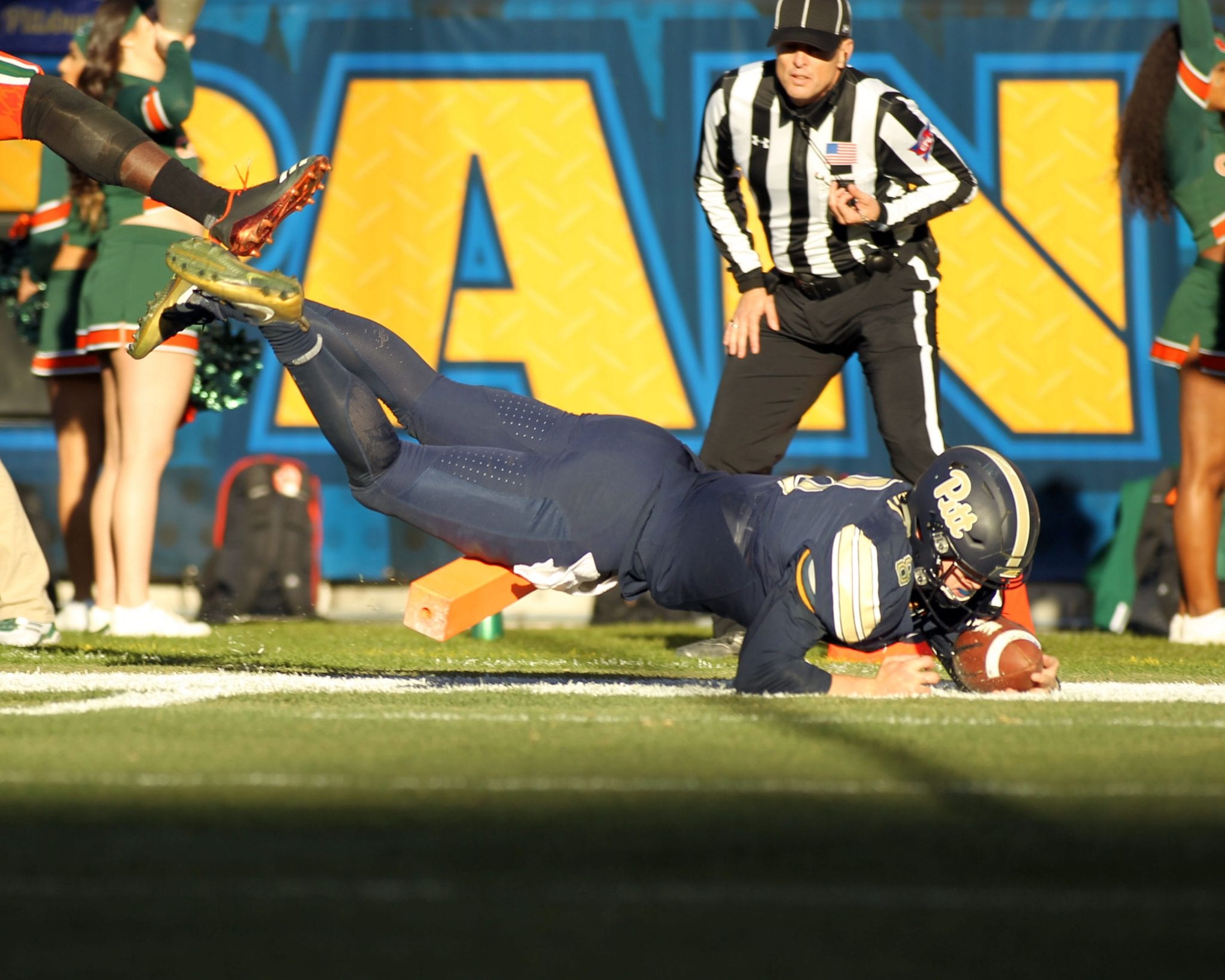 For at least today, Pitt Is It.

For the second straight year, the Panthers upset a previously undefeated #2 team. This time, at home over the Miami Hurricanes, 24-14.

It was a tremendous effort by the Pitt players and a great game plan by the Panther coaches. (Check out the postgame reaction here.)

As you can imagine, Pitt football is a huge topic on Twitter right now.

Here’s some of what we’re seeing from the media, current and former Pitt players, and recruits:

If the Canes had only treated Pitt like Akron.

What football teaches you about life….don’t listen to any BS about what you can’t do! Nice job Pitt!!! #H2P

We only going up from here! Congrats fellas #H2P #LITSBURGH

When your #2 in the country and Pitt’s on the schedule! #NduzzWeTrust #wvu #clemson #THEu pic.twitter.com/Qf9dVUg4SO

This is huge for Narduzzi. Young team. Lots of guys back. They believe in him. Helps recruiting. One of Pitt's best wins of last 20 years

A lot of ups and downs for @Pitt_FB this year but that's how you finish the season for not only the 2017 Pitt Football Team but those Seniors. You will always remember that one. Congrats and Enjoy! #h2p

Pitt has been here before. pic.twitter.com/9rpeoQJkIv

QB play was quite a bit better today than it was in 2007… @kennypickett10 is going to be good one. #Player

Are you still going to want to do a postgame jersey swap after the today’s events? HAIL TO PITT #H2P

Hail to freaking Pitt! Knocking off the number 2 team in the country!!!!

That felt so freaking good today!

Miami: The U is back!

This team mean so much to me I can’t even explain. I love them boys. And I’m grateful for them sending me out with a dub against the #2 team! 🙌🏽

I really like this true freshmen QB for Pitt #8 Kenny Pickett! The arm and wheels are obvious but I love his toughness/competitiveness.

This is a huge confidence booster not only for Pickett but also for the pitt football program for years to come with Kenny Pickett under center.

Pat Narduzzi has done it in back-to-back seasons at Pitt.

Pitt’s Upset Win Over Miami All About Redemption