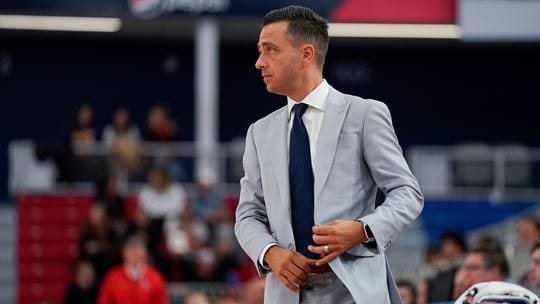 With the regular season wrapping up this weekend, attention in the Horizon League now turns to the conference tournament.

Due to the suspension of Detroit Mercy’s season, the upcoming Horizon League women’s basketball tournament will slightly differ from the men’s draw. The top five seeds have received automatic bids to the quarterfinal round and the six through 11 seeds will compete in the first round starting on Thursday, Feb. 25.

Another recent change to this year’s tournament is that all games will not be held in Indianapolis. Instead, the first two rounds will take place on campus sites with the higher seed serving as the host.

The seeds for the tournament are as follows:

Following a series split with previously winless Purdue Fort Wayne, Robert Morris must now prepare for its matchup with Northern Kentucky. RMU began its inaugural season in the Horizon League on the losing end of both games of their two game series with the Norse back on Dec. 12 and 13. A later series between the two sides was canceled in January.

The recent location changes makes RMU pulling off a few upsets a much more daunting task. In 10 road games this season, the Colonials have just one win to their credit. That win came on Saturday against Purdue Fort Wayne.

If the Colonials managed to get into the quarterfinal round, they would play Wright State, Milwaukee or Green Bay. RMU managed to go 2-2 against the top-seeded Raiders during the regular season. That mark is better than their 0-2 record against Milwaukee, which includes two double-digit losses. Green Bay is one of four teams that did not play Robert Morris this season during conference play.

The contest between the Colonials and Northern Kentucky is scheduled for Thursday at 7:00 p.m.

Below is the full tournament bracket:

We have announced the 2021 #HLWBB championship bracket!

The action starts on Thursday with 3 first-round matchups!