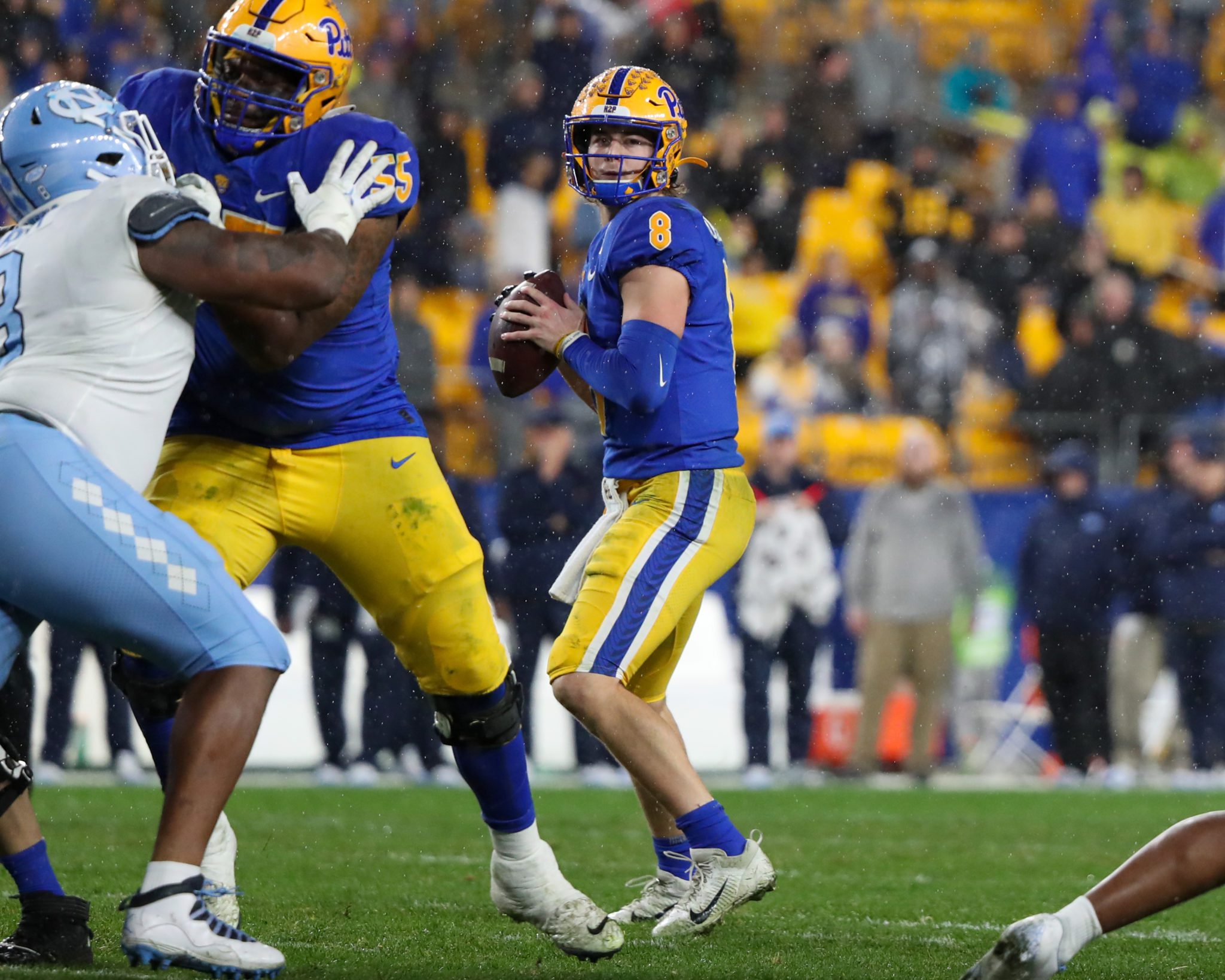 When Pitt’s Kenny Pickett decided to return for his fifth season in Pittsburgh, he hoped to improve his NFL Draft stock. He’s done that. He hoped to get the chance to play with his teammates one more time and compete for an ACC championship, and he’s got a chance to clinch a spot in the title game with a win Saturday.

He’s also positioned himself well for national awards, the Maxwell, Davey O’Brien and Walter Camp Awards, at the end of the season. You can add another to the list. Pickett has been named as a finalist for the 2021 Johnny Unitas Golden Arm Award — the honor given to the top upperclassmen quarterback set to graduate.

Along with the other four finalists, Ole Miss’s Matt Corral, Wake Forest’s Sam Hartman, North Carolina State’s Devin Leary and Cincinnati’s Desmond Ridder, Pickett has a chance to come away with one of my prestigious quarterback awards in the nation at the end of the season.

Pickett has thrown for 3,517 yards and 32 touchdowns this season, completing 260 of 385 passing attempts. He’s completed 67.5 percent of his throws at 9.1 yards per attempt with just four interceptions. He’s also rushed for 223 yards and four touchdowns on 83 carries on the ground.

The award will be presented at the Golden Arm Award banquet and celebration at the Four Seasons Hotel in Baltimore, Maryland on Dec. 10.

Pickett would be the first quarterback in Pitt history to win the Golden Arm Award.