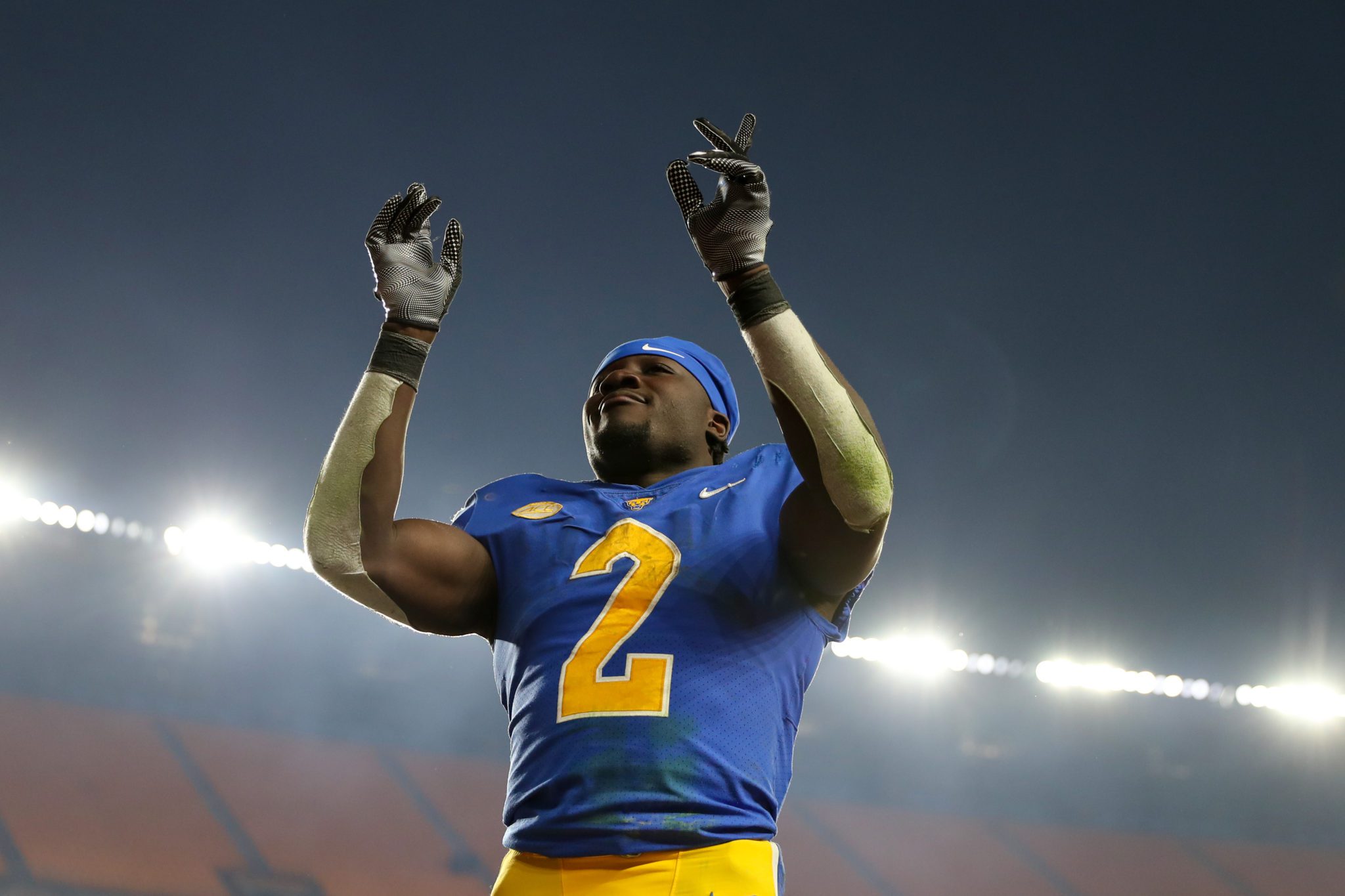 It may not be a second consecutive year of leading the ACC in all-conference honors, but Pitt’s nine All-ACC nods are the second most in the conference.

Israel Abanikanda, who earned a conference-high 187 votes, earned first-team honors at running back, and he’s joined by Marcus Minor at guard.

Calijah Kancey earned the second most defensive votes in the conference, checking in at defensive lineman, and he’s joined on the first-team defense by SirVocea Dennis at linebacker.

Jared Wayne is Pitt’s lone representative on the second-team offense, but he’s joined on the second team by Erick Hallett at safety and M.J. Devonshire at specialist.

Abanikanda led the ACC with 1,431 rushing yards and 21 total touchdowns, averaging 130 yards per game on the ground, and he is a top contender for ACC Offensive Player of the Year with UNC’s Drake Maye.

Dennis and Kancey were among the most impactful defensive players in the ACC this season. Dennis racked up 94 tackles (42 solo), 12 tackles for loss, seven sacks, an interception, two forced fumbles and three pass breakups, and Kancey added 31 tackles (17 solo), 14.5 tackles for loss and 7.5 sacks.

The trio of Minor, Goncalves and Kradel provided a heavy presence on the offensive line this season, leading the way for the ACC’s leading rusher in Abanikanda.

Wayne finished as the ACC’s third-leading receiver, which still wasn’t enough to earn first-team honors, as he recorded 55 receptions for 1,006 yards and five touchdowns.

Alexandre and Williams, two veteran leaders on the defense, also earned honorable mentions, capping off strong seasons for both.